My latest interview for www.aljazeera.com

Why has Nissan lost two leaders in quick succession?

A peek under the bonnet of Japanese companies reveals some of the reasons why carmakers like Nissan are suffering.

Tokyo, Japan - To lose one leader over questionable salary payments may be regarded as a misfortune; to lose two looks like carelessness. The importance of being transparent in corporate Japan, as the Irish playwright Oscar Wilde might have written if he had been covering the woes of Japanese carmaker Nissan, might seem farcical to some.

But for Nissan, which last month saw Hiroto Saikawa being forced to step down as CEO less than a year after his one-time mentor - former Chairman and CEO Carlos Ghosn - was rearrested on financial misconduct charges, the situation is no laughing matter.

In July, the company reported a nearly 99 percent plunge in its first-quarter operating profits. And now Japan’s second-biggest carmaker is in the hands of an interim CEO, Chief Operating Officer Yasuhiro Yamauchi, as it navigates the tricky road ahead.

"This is very bad timing for Nissan. The global automobile industry is on a downward turn and many reforms are needed. Every company is looking for new partners, new options and a new future," Martin Schulz, a senior research fellow for the Fujitsu Research Institute in Tokyo, told Al Jazeera.

While Japanese society is famous for its low crime rate and the scrupulous honesty of its ordinary citizens, the same can't be said of all of its corporations and executives. Some of the biggest names in Japan Inc have been rocked by corporate scandals in recent years, including Olympus, Toshiba and Kobe Steel.

Such scandals have been particularly prevalent in the auto industry. The ultra-competitive nature of the business is likely a contributing factor, with Ford, Volkswagen and Daimler also facing recent troubles.

But nearly all of Japan's automakers have admitted serious missteps, including the largest, Toyota, which in 2014 paid a $1.2bn fine in the United States for hiding the dangers of sticky accelerator pedals. Subaru, Suzuki and Mitsubishi Motors all admitted falsifying safety inspections or fuel economy data, while Takata's faulty airbags led to multiple deaths and injuries around the world.

Mitsubishi Motors was effectively forced into accepting a takeover by Renault-Nissan in 2016 over its woes, only for its corporate saviour to admit the following year that it had allowed unqualified personnel to carry out safety checks. Nissan's recently deposed Saikawa was criticised at the time for showing insufficient contrition and not bowing long or low enough when apologising.

Saikawa was forced out on September 16 after admitting to wrongly receiving 47 million yen ($435,000) in stock-related compensation.

'A special group of guys'

The corporate culture that facilitated these problems has deep roots in a society that highly values group loyalty, seniority and consensus.

"People enter a Japanese company and then after 30 years a special group of guys, and it's usually men, form a board; they've never worked anywhere else and are almost like brothers. If they're replaced, it's by another man from inside the company," Parissa Haghirian, professor of international management at Tokyo's Sophia University, told Al Jazeera.

"Until recently it was very normal to have no outside directors. This creates an atmosphere of, if not corruption, then solving problems in their own way, which is not always transparent," Haghirian said.

The latest controversy has also pulled the Japanese government into Nissan’s orbit, both because France is a major shareholder in Nissan's alliance partner Renault, and the fact that Prime Minister Shinzo Abe has been promoting better corporate governance as a way to rejuvenate the economy.

While there are signs of progress towards improved accountability, this is unlikely to be the last major corporate misstep to hit the headlines. 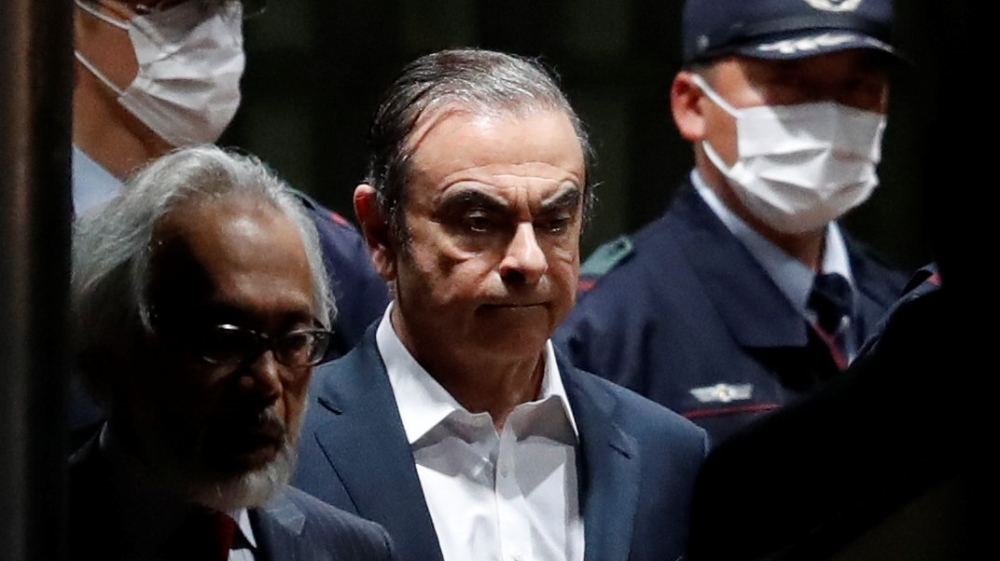 Former Nissan Motor Company Chairman Carlos Ghosn was released on bail in April after being indicted on fresh charges of misdirecting company money for his personal use and underreporting his pay [April 25: Issei Kato/Reuters]

When misdeeds do occur, there are few incentives for an individual to speak out and much to discourage whistleblowing.

"There is a corporate culture that doesn't allow for confrontations, so you often don't have opinions expressed. If you plan to stay at the company for 30 or 40 years, you don't want to take that risk," said Haghirian.

Another issue is that Japanese corporations are largely staffed with generalists whose roles are barely defined, making it more difficult to assign individual responsibility when problems arise, notes Haghirian.

Japan introduced its Stewardship Code for governance in 2014, loosely based on that of the United Kingdom and since revised, though most of its provisions are non-compulsory.

Companies have to announce if they are not complying with measures such as appointing outside directors, and "naming and shaming" tactics can be effective in face-conscious Japan. Haghirian believes "it is bringing about real change".

The government took the unusual step of weighing in on the decision by Nissan's board regarding the swift end to Saikawa's tenure, touting it as evidence its reforms were effective.

"I hope that Saikawa's successor will be chosen with the company's corporate governance functioning … and not through in-house power struggle, as has been the case in the past," added Seko.

The Fujitsu Research Institute's Schulz notes that "improved corporate governance is a long-term project of the Abe government", but sees significant structural reform as still being a way off.

"The Nissan story is an outlier, it is a story about executive pay and the outsized leadership figure of Mr Ghosn that goes back to before the Stewardship Code," said Schulz.

"The government has been dragged deeply into this because of the presence of Renault, of which the French government is a big shareholder. So this has got up to the national government level, with the economy ministers involved," he added.

But it’s at the consumer level that Nissan's fate will be ultimately decided. Despite classics such as the sporty GT-R and innovative Leaf electric vehicle, sales figures have been falling.

The company saw sales fall six percent globally in the March-to-June quarter, losing market share slightly in Japan and North America. In Europe, Nissan's share of the market fell from 3.0 percent in its 2018 fiscal year, to 2.4 percent in its latest quarter. Nissan sales were also down in China, though it gained a little share of what was a shrinking market.

The poor results and outlook prompted the carmaker to announce job cuts of 12,500 positions in July, amounting to around 10 percent of its workforce worldwide.

The ongoing leadership problems may also take a toll on how customers view the company.

Many Nissan drivers dismissed the Ghosn scandal as a problem with a single individual, and an outsider appointed by Renault at that. But with CEO Saikawa, who was harshly critical of Ghosn after his arrest, now also accused of being wrongly overpaid, perceptions may be shifting. 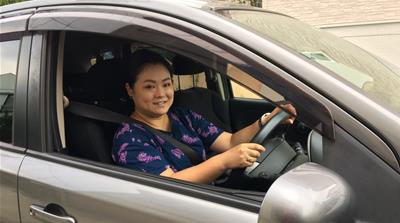 "One of the reasons we bought a Nissan is because the company's headquarters is here in Yokohama and I drive past their offices quite often," Kanako Hosomura, a 37-year-old homemaker who has driven a Nissan Note for around seven years, told Al Jazeera. "I'm very disappointed in what has been happening there, although it's difficult to get a full idea of the problems just from reading the newspapers. But it's clear that there are some serious problems in the company."

Nevertheless, Hosomura said she would buy another Nissan, "if their cars are still safe, fuel-efficient and they look good".

"But if it comes out that there are problems with the cars they have been covering up … then that's a different matter," she added. "They can't lie to their customers and expect us to still be loyal."